This is a beautiful game described as "New Military Game for parties" presented in a wooden box with slide top and contains 24 cards each hand coloured.  Maker unknown but assumed to be of German origin. Paper rules included in 3 languages, German, English & French. Dated c. 1820-1840

Their are 12 cards representing the different ranks of a soldier and another 12 cards split into 3 groups of 4. 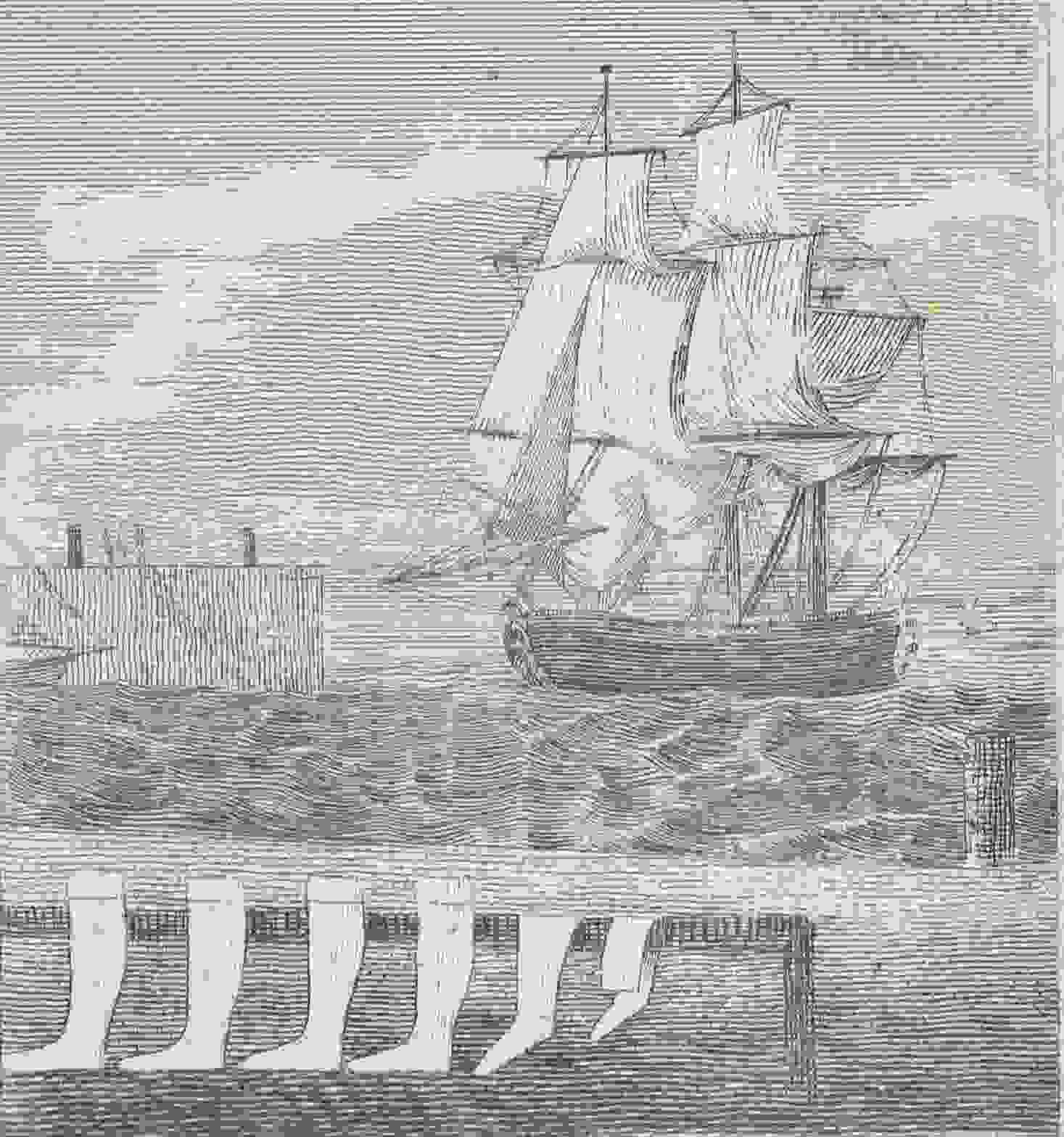 Many collectors will be familiar with Jaques series of Counties of England card games which were first published in 1866 and continued with four series in various editions well into the 1900's.  This is the earliest set of 'Counties' cards that I have ever seen, published by an unknown publisher named Mrs R Laird, Paisley and dates from 1818, the reign of George III. The pack comprises 52 cards and is split into 4 sets of 13 cards each representing a geographical area. The card shown above with a tall ship and stockings below represents Brecknockshire one of historic Welsh 'shires'. Others in this set include, Radnorshire, Cardiganshire, Montgomeryshire  (famous for Flannel), Merionethshire, Caernarvonshire, Denbighshire, Flintshire, Isle of Anglesey (famous for copper) Monmouthshire, Glamorganshire & Pembrokeshire). Similar to a set of traditional playing cards each set has 3 court cards represented by figures of George III, Queen Charlotte and a 3rd character unknown but could be a Sheriff or Lieutenant. Each of the four sets have a different colour wash and superb engravings of the local industry. A magnificent set. If anyone has a similar game or seen one please get in touch. 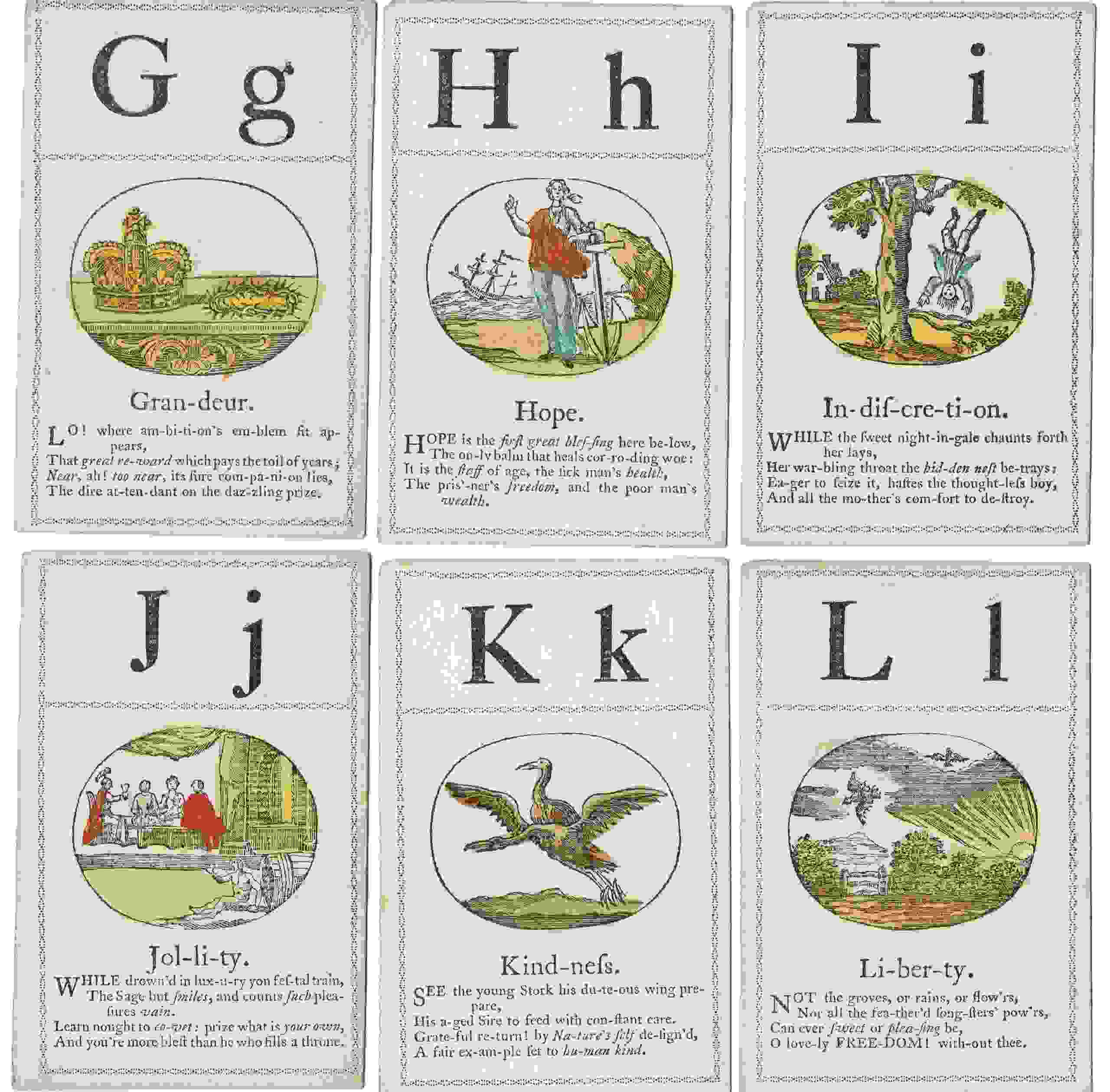 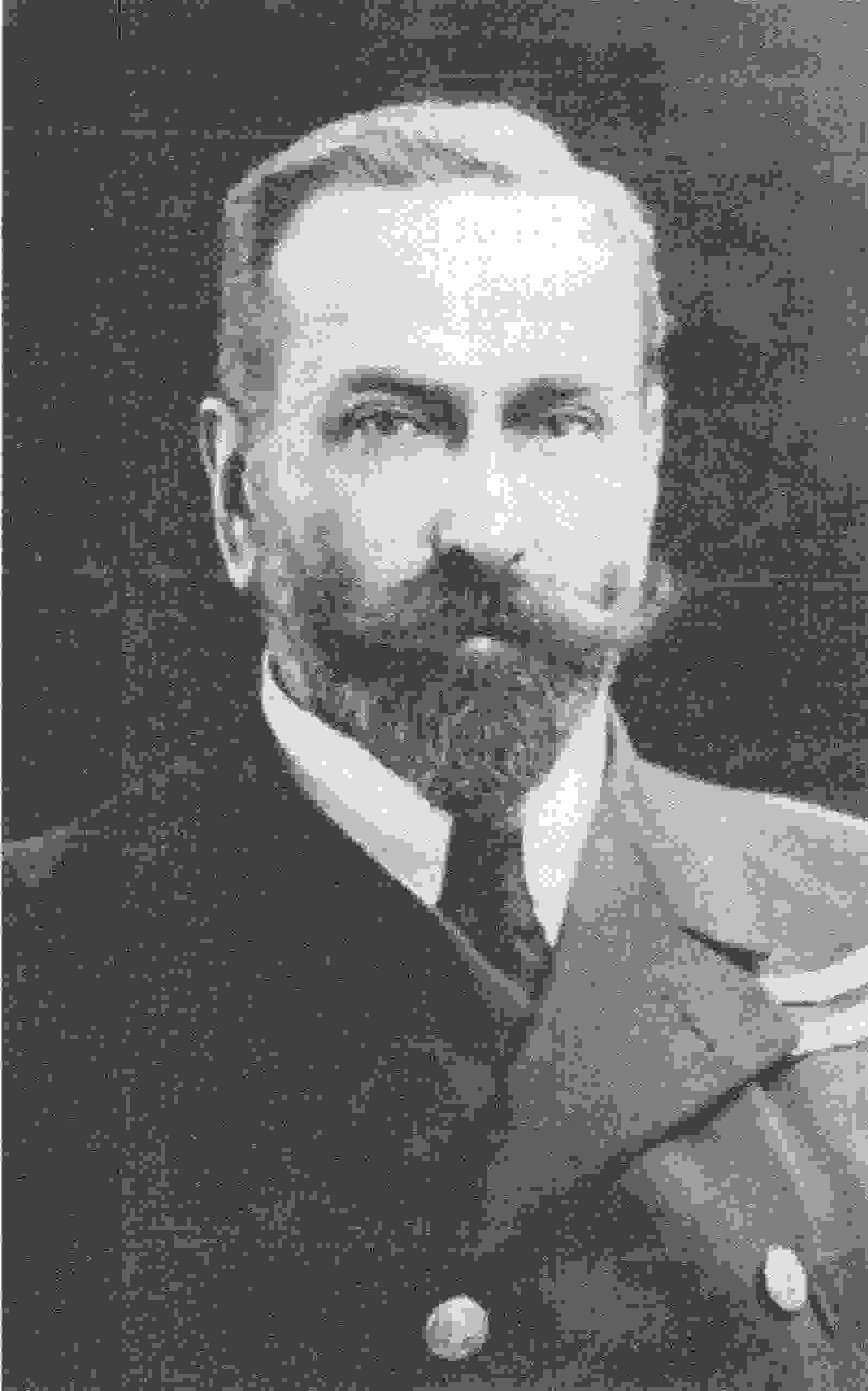 Prince Louis of Battenberg was the husband of Princess Victoria of Hesse and by Rhine, daughter of Princess Alice of the United Kingdom and a granddaughter of Queen Victoria. Despite his German roots, he became a naturalised British subject at the age of 16 when he joined the British Royal Navy, where he would spend his entire career. In 1917, King George V asked all of his extended family to relinquish their German titles. Louis gave up his Battenberg title and took the surname Mountbatten. The King then created him Marquess of Milford Haven in the Peerage of the United Kingdom.  The card game below was said to be designed by Prince Louis and his wife and sold in aid of the Military and Naval families. It is believed to have been printed c 1910 just before the onset of the First World War. The Lithographer and printer was E Nister of Nuremberg, a German firm which would have been unlikely to have been selected after1914. There are 48 cards with lovely cartoon style characters and finely printed. A similar set featured in the De La Rue collection of cards sold at Sotheby's in July, 1981.

game designed by Prince and Princess Louis of Battenberg c.1910

Sold for the benefit of Soldiers' and Sailors' Families' Association.

Edward Vaughan Hyde Kenealy QC (2 July 1819 - 16 April 1880) was an Irish barrister and writer. He is best remembered as counsel for the Tichbourne claimant and the eccentric and disturbed conduct of the trial that led to his ruin. The Tichborne case - during the trial, Kenealy abused witnesses, made scurrilous allegations against various Roman Catholic institutions, treated the judges with disrespect, and protracted the trial until it became the longest in English legal history. His violent conduct of the case became a public scandal and after rejecting his client's claim, the jury censured his behaviour. 1874 his behaviour was so extreme that he was disbenched and disbarred by his Inn.

Captain Matthew Webb (19 January 1848 - 24 July 1883) was the first recorded person to swim the English Channel for sport without the use of artificial aids. On 25 August 1875, Webb swam from Dover to Calais in less than 22 hours.

The 'Swee-eep' is believed to be Robert Lowe, 1st Viscount Sherbrooke (4 December 1811 -1 27 July 1892). A British statesman, was a pivotal but often forgotten figure who shaped British politics in the latter half of the 18th century. He held office under William Ewart Gladstone as Chancellor of the Exchequer between 1868 - 1873 and as Home Secretary between 1873 - 1874. Lowe is remembered for his work in education policy, his opposition to electoral reform and his contribution to modern UK company law.  it is also worthy to note here the earl of Shaftsbury and his contribution to protecting child labour. Anthony Ashley Cooper, 7th Earl of Shaftesbury KG (28 April 1801 – 1 October 1885), styled Lord Ashley from 1811 to 1851 and then Lord Shaftesbury following the death of his father, was a British politician, philanthropist and social reformer notable for protecting child labour.

The Chimney Sweepers and Chimneys Regulation Act 1840 made it illegal for anyone under the age of 21 to sweep chimneys. It was widely ignored. Attempts were made in 1852 and 1853 to reopen the issue, another enquiry was convened and more evidence was taken. There was no bill. The Chimney Sweepers Regulation Act 1864, c37. tightened controls significantly, by authorizing fines and imprisonment for master sweeps who were ignoring the law, giving the police the power of arrest on suspicion and authorizing Board of Trade inspections of new and remodelled chimneys. Lord Shaftsbury was a main proponent of the Bill.

In February 1875 a twelve-year-old boy, George Brewster, was sent up the Fulbourn Hospital chimneys by his master, William Wyer. He stuck and smothered. The entire wall had to be pulled down to get him out and although he was still alive, he died shortly afterwards. There was a Coroner's Inquest which returned a verdict of manslaughter Wyer was sentenced to six months’ imprisonment with hard labour. Lord Shaftesbury seized on the incident to press his campaign again. He wrote a series of letters to The Times and in September 1875 pushed another Bill through Parliament which finally stopped the practice of sending boys up chimneys.

A Chimney Sweepers Act was passed in 1875 that required chimney sweepers to be authorized by the police to carry on their businesses in the district, thus providing the legal means to enforce all previous legislation.

Samuel Plimsoll (10 February 1824 - 3 June 1898) was an English politician and social reformer, now best remembered for having devised the Plimsoll line (a line on a ship's hull indicating the maximum safe draft, and therefore the minimum freeboard for the vessel in various operating conditions).

Sir Henry Irving (6 February 1838 - 13 October 1905), born John Henry Brodribb, sometimes known as J.H.Irving, was an English stage actor in the Victorian era, known as an actor-manager because he took complete responsibility (supervision of sets, lighting, direction, casting as well as playing the leading roles) for season after season at the Lyceum Theatre, establishing himself and his company as representative of English classical theatre. In 1895 he became the first actor to to be awarded a knighthood.

John Bright (16 November 1811 - 27 March 1889) was a British Radical and Liberal statesman, one of the greatest orators of his generation and a promoter of free trade politics. A

Benjamin Quaker, Bright is most famous for battling the Corn Laws. In partnership with Richard Cobden, hfounded the Anti-Corn Law League, aimed at abolishing the Corn Laws, which raised food prices and protected landowners' interests by levying taxes on imported wheat. The Corn laws were repealed in 1846.

Emily Gertrude Thomson (1850 - 1895) was a British artist and Illustrator. In 1878 she was approached by Charles Dodgson (lewis Carroll) to Illustrate some of his books, including Three Sunsets and Other Poems: she also designed the cover for The Nursery "Alice", and became a friend of Dodgson and wrote a short biographical memoir of him.  Or so I thought...... then I discovered a similar deck to this but the card for Miss Thomson had RA after her name.  This led to further investigation in the records of the Royal Academy where I found that no women had become associates to the RA until 1922. However, there was reference to Elizabeth Southernden Thom(p)son later to become Lady Butler. (3 November 1846 - 2 October 1933). Elizabeth Thompson was a British painter, one of the few female painters to achieve fame for history paintings, especially military battle scenes. Whilst studying in Paris in 1870 she was exposed to battle scenes from Jean Louis Ernest Meissonier and Edouard Detaille, and switched her focus to war paintings. With the painting Missing (1873), a Franco-Prussian war battle scene depicting the common soldiers' suffering and heroism, she earned her first submission to the Royal Academy, After The Roll Call was shown in 1874 at the Academy, the paintings' immense popularity made her a national celebrity.

Otto Eduard Leopold, Prince of Bismarck and Duke of Lauenburg (1 April 1815 - 30 July 1898) was a conservative Prussian statesman who dominated German and European affairs from the 1860s until 1890 and was Chancellor of the German Empire between 1871 and 1890.

Charles Robert Darwin (12 February 1809 - 19 April 1882) was an English naturalist, geologist and biologist, best known for his contributions to the science of evolution.darwin published his theory of evolution with compelling evidence in his 1859 book On The Origin of The Species.

Little Billy is likely to represent William Ewart Gladstone (29 December 1809 - 19 May 1898). A British statesman of the Liberal Party. In a career lasting over 60yrs he served for 12 years as Prime Minister of the UK, spread over 4 terms beginning in 1868 and ending in 1894. He also served as Chancellor of the Exchequer 4 times.  In ‘The politics of Pantomime’ by Jill Alexandra Sullivan notes that the Theatre Royal had a pantomime in 1874 called ‘Ride a Cock Horse to banbury Cross’ in which there were frequent references to political figures. The nursery rhyme was very popular before the twentieth century, and was sung every day by William Ewart Gladstone to his children as they had "rides on his foot, slung over his knee". In April 1880 in the political satire magazine called 'Fun' a cartoon depicts Gladstone as William the Conqueror at the battle of Hustings standing over a defeated Disraeli. Historians have since referred to Gladstone as one of Britains finest leaders since William the Conqueror.