The original Goodall courts first issued in 1820 were blue wood-block prints, stencil coloured in red, pink, yellow blue and black and similar to those used by Hunt & sons

which is not surprising as Charles Goodall started his apprenticeship with that firm. It wasn't until around 1850 when Charles Goodall, founder of the firm retired, that new style

courts started to appear some with more naturalistic design. Initially printed by woodblocks the printing process moved over to letterpress and the colours red, yellow black where used.

This set was one of the last single or standing court figures to be printed with ornate design and the use of several colours. Three of the Jacks also have beards which is unusual in the standard English design. Goodall and Son appears on the belt of the JC. C. 1855

In 1851 Reynolds & Sons patented a new design for playing cards to improve their handling. The cards had a wavy or 'perforated' edge to them and a decorated back with simple design and smooth surface for easy shuffling. The courts are clean looking with a more modern and detailed design, note the hands in particular, which are more life like. Perhaps these may have been produced for the Great Exhibition, but I have no proof of this as yet, never the less they appear to have been short lived and by the scarcity clearly were not a success.

A simple but effective design with gold 'holly' design in gold on a plain green background. Smooth finish for improved shuffling. Reynolds & Sons were the first playing card company to introduce coloured back designs. (See below for the Coronation deck for William & Adelaide)

Perforated edges certainly improve handling and are very tactile but I imagine susceptible to easy damage during play and as such may make some cards easy to identify to the astute card sharp.

Charles Gibson took over from Christopher Blanchard, one of the early and successful playing card  makers in 1769. By the mid 1770's Gibson had joined forces with Gisborne and playing cards with joint names appeared from c. 1774 through to c. 1790. The ace shown here was discovered in a pack complete with wrapper last year and as you can see  a word believed to be 'EXPORTATION' has been scratched out. This is an ace for Export as the design incorporates palm leaves in the garter design to the right of the spade sign. The use of 'palm leaves' as opposed to ordinary leaves differentiates aces printed at this time between the domestic ace where a duty  e.g six pence, would be seen and no duty mark, common to aces for Exportation. The mystery here is that stamps printed from plates between the years 1769 - 1801 are missing from the Stamp Office records and we have no evidence to confirm whether Gibson & Gisborne ever registered such a design. There are no known examples of Exportation aces for this maker.

The Gibson & Gisborne cards were  discovered together with the playing card wrapper shown. It is crudely printed and  has no printed text or duty markings of any kind. It may be that there is some text beneath the broad ink lines which can be seen along both sides of the wrapper but nothing is visible to the eye. Where these card to be sold and used domestically without payment of duty, who knows?  As both the cards and wrapper are both in exceptionally good and clean condition it is unlikely that they were used much at all....was the owner just too afraid to use them and afraid of being caught?

John Llewellyn took over from  the McEvoy playing card maker  in c. 1778 and had a relatively short existence in the business to 1785.  The Ace shown here was also discovered last year and came from the same source as that Gibson & Gisborne deck although the exact provenance is unknown. Once again we have a garter ace with the design associated with an ace for Exportation but the word 'Exportation' has been scratched out. Again there are no records available to confirm whether Llewellyn ever registered an ace for Exportation at the Stamp Office and no examples of cards for Export are known for this maker.

Wrapper found with cards above. No text or duty markings. 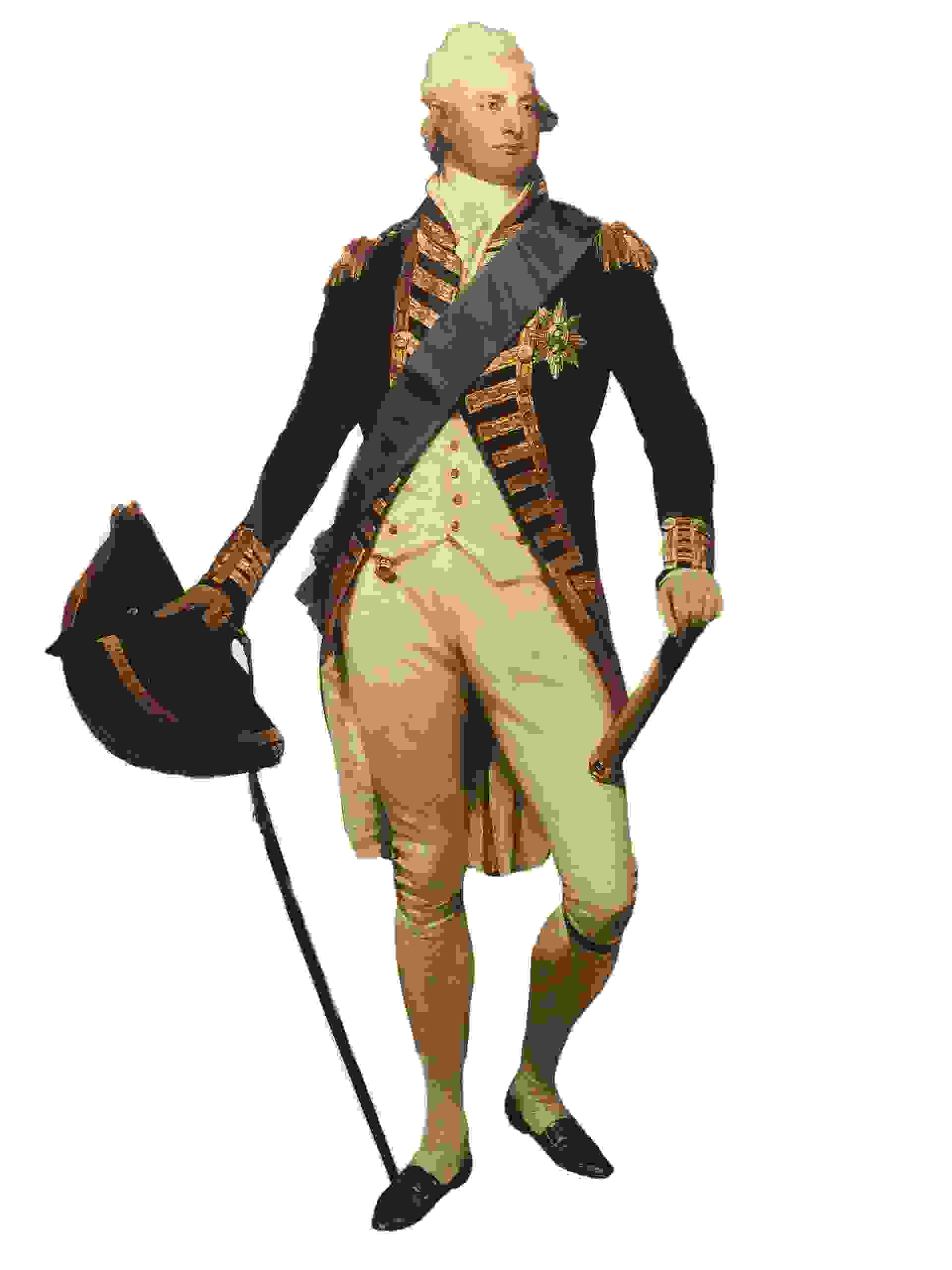 As George III's third son, William IV did not expect to accede to the throne. He only became heir to his eldest brother, George IV, at the age of 61, when George III's second son, the Duke of York died in 1827. William finally came to the throne in 1830 at the age of 64. there was considerable concern that he would not be fit for the task. However, he acquitted himself well, showing enough sense to accept advice from his ministers during a period of great political and constitutional reform.

William entered the navy as a midshipman at the age of 13 and rose through the ranks to take command of his own ship ion 1786. In 1790 William retired from active service and settled down at Bushey Park, where he lived in bliss with his mistress, the actress Dorothea Jordan, who bore him 10 illegitimate children. In 1811 financial difficulties drove him to leave her and begin a search for a wife. He finally married Princess Adelaide of Saxe-Meiningen in 1818. William acceded to the throne on 26 June 1830 and was crowned at Westminster Abbey 8 September 1831.

"too handsome for Shuffling cutting and dealing"

Is this  the earliest commemorative back design  produced by an English card maker? This ornate design incorporates the initials 'W' and 'A'  for William and Adelaide and was issued to celebrate the coronation  in 1831. Articles published at the time confirm the production.

"Coronation cards - among other Coronation productions , Messrs Reynolds whose former performances in the way of beautiful card making we have noticed with praise , have sent out cards, (though they are playing cards) very fancifully and tastefully executed in gold and coloured devices by Messrs Hewlett and Brimmer. The backs are like fine porcelain with the letters W., A , surrounded with foliage and crowns, flags and other ornaments , printed in gold upon them. They are curiosities if too handsome for shuffling, cutting and dealing".